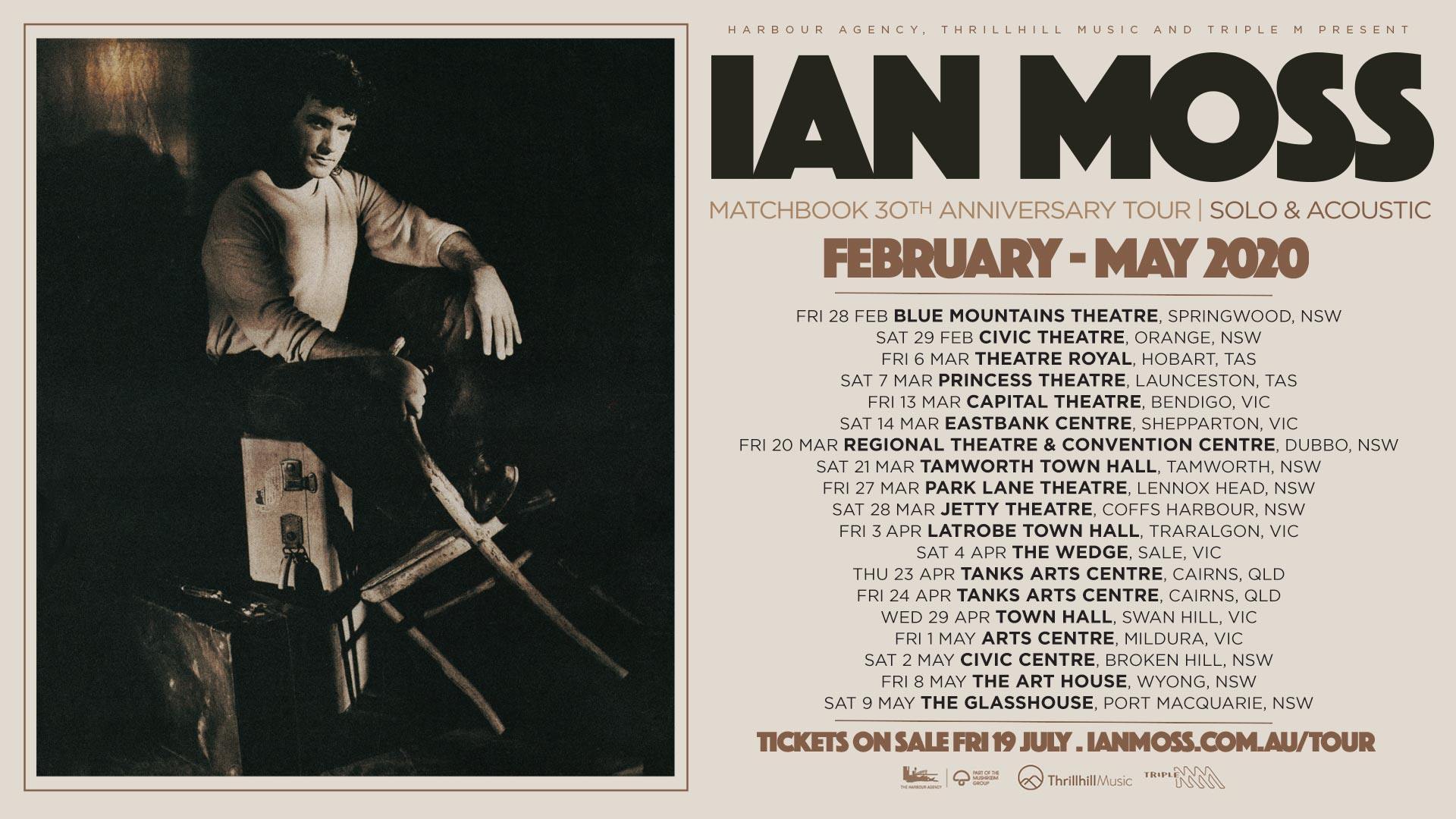 Hot on the heels of the recent metro Matchbook 30th Anniversary Tour dates, Ian Moss has announced solo acoustic Regional tour dates and will be taking the iconic album on the road across Victoria, New South Wales and Tasmania from February 2020.

Mossy’s debut album Matchbook was released on 1 August, 1989 and peaked at #1 on the ARIA Albums Chart. It remained in the Top 10 for an amazing 14 weeks, shipping more than 200,000 copies in the first 12 months alone and went on to see “Mossy” take away Album of the Year, Best Male Artist and Breakthrough Artist – Album, Breakthrough Artist – Single and Song of the Year (shared with Don Walker) for Tucker's Daughter, as well as being nominated for Single of the Year at the 1990 ARIA Awards.

For exclusive access to presale tickets 24 hours before they go onsale to the general public, hit the GOING button and turn on notifications.